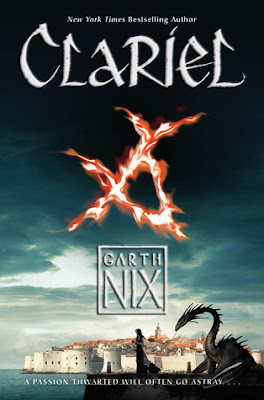 Really fantastic! I just wish I hadn't waited so long to read it. I'd forgotten the world of The Old Kingdom but as I read this I began to ache for all the other books. Clariel is a great character, an evil one in the future books, but this goes back to tell her beginning story and I fell in love with her. A victim of her circumstances who did the best she could while unknowingly being lead astray. The book ends way before she is introduced in the series in "Lirael", so Nix has left himself open to write further adventures for that time period. I like to read books in the order they are written not chronologically by time period but this does work well to read it first. It takes place in the past so it doesn't give away anything that hasn't happened yet. Just absolutely adored the book and will be reading the new book soon which goes back to the current timeline of the series.