A Beauty by Connie Gault 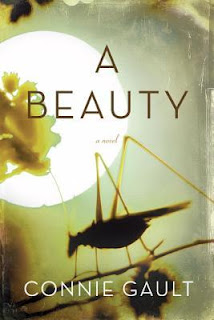 
I enjoyed this book. It was a quick and easy read for me. I liked the characters and this was important as it is an entirely character driven book. The plot is fairly simple. Set during the depression, in Saskatchewan, a poverty-stricken 18yo girl leaves one evening from a town hall dance with a stranger in his Roadster. I really enjoyed the narrative technique which I found rather unique. Each chapter is titled after a town that the couple journeys through. First, we are introduced to a resident of the town and then Bill and Elena will cross paths with them. The glimpses of all these secondary characters are very intimate and while the "beauty" of the title is Elena we become attached to the others as well. The story meanders back and forth between the various towns until twenty years later in the fifties when we see the same people, some of them came out of the depression with better lives, others not so much. It is a lovely, flowing, character driven story with no real action, which is ok, I don't need plot-based novels. My main problem with the book was its upbeat tempo, there was no real crisis, the one major plot point that needed to be answered was left dangling and the ending was too hopeful. I've read other depression era Canadian prairie literature and had expected stark reality over this optimism. Not bad but not what I had anticipated.