At the Water's Edge by Sara Gruen 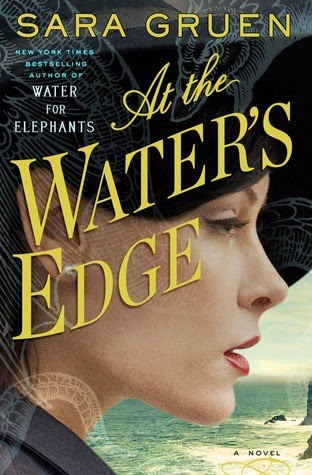 At the Water's Edge by Sara Gruen
My rating: 4 of 5 stars

This is the first book I've read by the author, although I've wanted to read the others. I can't believe I waited this long! I just loved this! It had a little bit of everything I enjoy: historical fiction, quirky characters, and suspense. Although I'm not a romance reader, I found the love story just beautiful. Mostly I enjoyed the suspense as the secrets were revealed throughout and the dramatic ending. I also enjoyed all the characters; the Scottish ones were adorable. Maddie was an engaging, believable character and I enjoyed the personal journey and awakening she went through during the story. Hank and Ellis, on the other hand, are not likable, nor are they meant to be; Ellis, I found to be the weakest written character being somewhat unbelievable and over-the-top while I had wished Hank had been developed more. I found myself wanting to know more about his point of view, what he knew and didn't know and his thoughts/feelings on the situation, something the reader is never made privy to. It felt as if his character was important in a way that never fully materialized. In all, it was a riveting story that took me two sittings to read, both lasting until the wee hours of the night.