No Safe House by Linwood Barclay 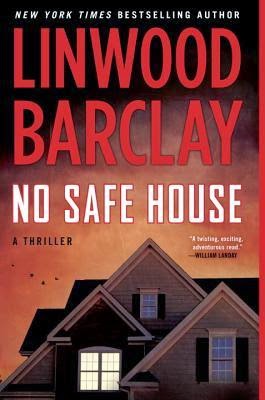 No Safe House by Linwood Barclay
My rating: 4 of 5 stars

I really must start by saying this is not Barclay's best book when considering the mystery. One must suspend disbelief for this tale just as one does for any action film, say one starring Bruce Willis because that's exactly what this book is: an action thriller. And a roller coaster ride indeed that spans the course of only 24 hours. Several narratives are happening at once: the current action, the events that lead up to the current action and like the author used in the previous book about this family, a running conversation between totally unknown characters which the reader has no idea who they are or what they are talking about until it is slowly revealed in the conversation. I started the book a little in disbelief at how wild the tale was growing but honestly got caught up in the action that I threw belief to the wind and went along for the ride. This is a sequel to "No Time to Say Goodbye". It is about the same family and takes place some years after the events of that book. It is a completely different case and the first book does not have to be read to understand this one, but the events of the first book are mostly disclosed here making reading "No Time for Goodbye" first, for the sake of enjoyment, advisable. The most disturbing thing about the story was the characters' moral ambiguity, not just one but pretty much all of them, are so ambivalent that the characters I liked in the first book became unpalatable here and I lost caring about them. As to the solution, Barclay got me once again and came so out of left-field I would never have seen that coming and still it made perfect sense.