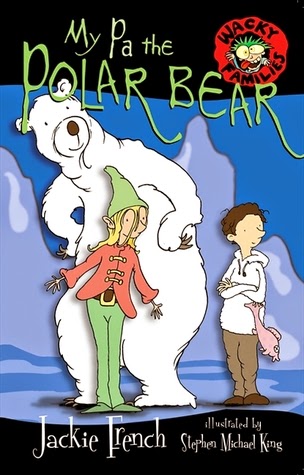 
I can't recommend this book. I've read a few others in the series and thought they were cute and silly. This one started off with a unique "wacky "family that I thought was going to be my favourite of them all. Then it went downhill. Briefly, the book is full of the alarmist global warming nonsense making wild statements about this political topic designed to scare and frighten the audience, small children. Outrageous "facts" are presented and during the story "global warming" is a thing that happens right before your eyes as a massive event. 'nuff said. On top of that a big deal is made of hard it is to find the polar bears because of the white bears against their white environment, but there are so many varying factors, including time of year, that go into what colour a polar bear actually appears to be to the human eye that I found it odd they were never mentioned as ever appearing to be their typical yellow colouring. Lots of bad pseudo-science hidden in a kid's fantasy story.