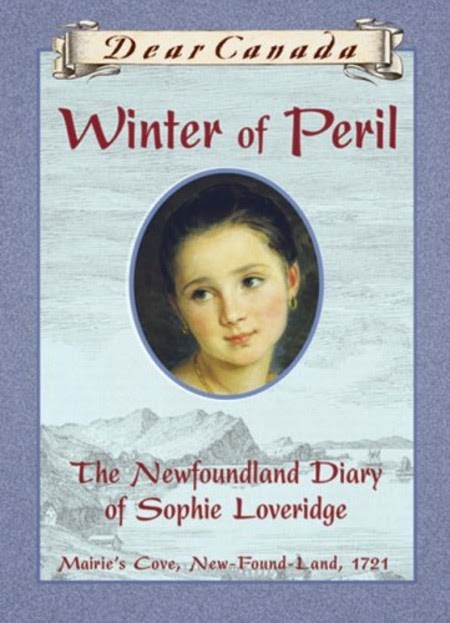 An enjoyable read by an author I'm more familiar with as a picture book author, so was surprised to see her name on this book. A quick read that kept me interested and about a time period that isn't really written about much: when the fishermen came to Newfoundland during the late 17th century before and just as settlement in the area was starting to catch on. The story does take quite some suspension of belief though and I found the characters irritating. The parents have ventured into this New-Found-Land completely clueless and it is their pampered 12yo daughter who quickly learns "the way of the world" and takes on wanting to be "USEFUL" and learn how to take care of herself and others. The book heavily concentrates on life for the itinerant fishermen who traveled to Newfoundland from England/Ireland each summer to return home with their booty before the winter's ice set in. Great descriptions of the entire process they used for fishing from the preparation, to actual fishing, to preserving the fish for the long voyage home. Topics briefly mentioned are the discrimination against Catholics in this highly Protestant British time period and the introduction of the Beothuk Indians. I was disappointed with the only brief mention of the Beothuks and also though the hardship of winter was mentioned it hardly scratched the surface of the reality of an Eastern winter. Not one of the best "Dear Canada" books but most certainly readable and the journal format always makes these books interesting and fast reads. As usual with these books, I especially enjoy the back matter which includes a section on what happens to the characters afterwards, an historical essay on the topics covered in the book and pictures of archival items from the actual period.