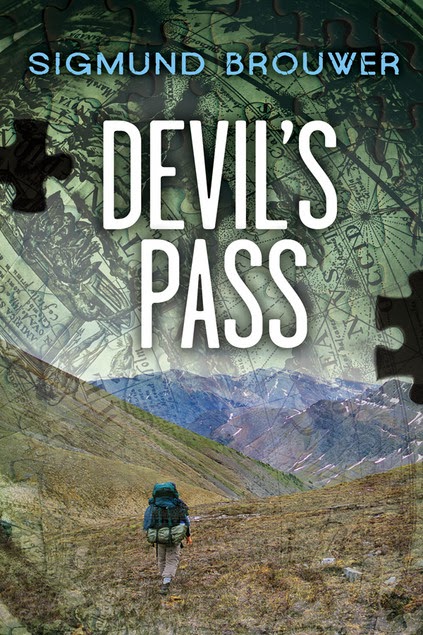 "Seventeen-year-old Webb's abusive stepfather has made it impossible for him to live at home, so Webb survives on the streets of Toronto by busking with his guitar and working as a dishwasher. When Webb's grandfather dies, his will stipulates that his grandsons fulfill specific requests. Webb's task takes him to the Canol Trail in Canada's Far North, where he finds out that there are much scarier things than the cold and the occasional grizzly bear. With a Native guide, two German tourists and his guitar for company, Webb is forced to confront terrible events in his grandfather's past and somehow deal with the pain and confusion of his own life. "

Borrowed a copy from the local library.


It has been a very long time since I read this author.  I read, and enjoyed, a handful of his books way back at the beginning of his career when I lived in Alberta and he was a local author of decidedly children's Christian fiction.  He's come a long way since then, entered mainstream publishing, yet from the book I still see, though unobtrusive, a Christian message.  Just when I thought Jump Cut was the best of this series, I read this one and it's just as good ... better? hard to say.  Some of the books give the grandfather's will and handing out of the quest only a brief set up at the beginning, some reference the grandfather tie-in frequently, others barely at all.  Brouwer's book is quite different from all the others (I only have one left to read).  He heavily concentrates on the Grandfather, the reading of the will, and the actual circumstances regarding the set up of his quest.  This told through a past and present narrative as chapters switch from "Then" to "Now".  This was a brilliant way of telling the story and gives the most insight into the Grandfather as a person, equalled only by "Lost Cause".  Set in the Northwest Territories Webb's quest involves following the Canol trail with a guide to retrieve something his grandfather left behind during his days as a pilot just after the end of WWII.  This is a wilderness survival story, as well as a teen's survival on the streets of Toronto.  This is probably the most intense of the books in the series as it deals realistically with child abuse from a stepfather.  I found the ex-military stepfather, a bit of a stereotype but nonetheless Brouwer brought a realistic portrayal to the table.  An excellent entry in the series!  One more book to go, by my favourite author represented in the series, then we shall see which I really thought was the best ... Will it be Ted Staunton's, Sigmund Brouwer's or Shane Peacock's?
Labels: 2012 Canadian author MG realistic fiction survival YA