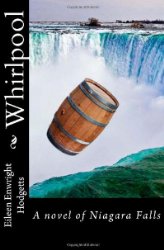 Publisher's Summary: "The year is 1923 and the jazz age is in full swing. Evangeline Murray, a young widow from Ohio, is recruited by the Women’s Freedom Movement to represent the spirit of modern womanhood by going over Niagara Falls in a barrel. Evangeline eagerly embraces her opportunity to achieve fame and fortune, until she sees the power of the River and begins to understand the risk she is taking. Joshua McClaren, an enigmatic battle-scarred veteran of World War I, and the best boatman on the river, reluctantly agrees to launch the headstrong Evangeline. Joshua has seen hundreds of bodies surface in the Whirlpool below the Falls, and has faced death on the battlefields of Flanders and has no respect for the charming, impetuous Mrs. Murray, and her desire for fame. Before the barrel can be launched, each of them will have to face their own demons, painful secrets will be revealed and the Niagara Rivers will claim two more lives. Inspired by true stories of the Falls, Whirlpool is a romance, an adventure, and the closest that most of us will ever come to taking the fateful plunge over the Falls.Whirlpool is a fiction that is based on reality. Seven people have tried to ride over Niagara Falls in a barrel. Four have succeeded and three have died. The first person to make the attempt was Annie Taylor, a middle aged school teacher from Michigan who made a successful journey in 1901. Barrel riding at Niagara Falls is now forbidden by law, but at the beginning of the 20th century Niagara was a haven for daredevils of all types, and many of their exploits are included in the novel."


Acquired: Received a Review Copy from Pump Up Your Book

Reason for Reading: I live in Niagara Falls (Canada-side) and am always interested in reading local history, especially when it's historical fiction as there isn't that much of it.

One thing the publisher's summary does not let us know is whether this story takes place in Niagara Falls, New York or Ontario.  I was pleased as punch to find that the whole story is set on the Canadian side of the border, even though some of the characters are Americans.  The McClaren family are a pure Canadian immigrant family with its roots going back to Scotland and the eldest living member still lapsing into a Scottish brogue when it suits him.  The McClaren's and the local townspeople are hit hard when young Nell McClaren brings the Women's Freedom Movement and three very forward thinking women with them to town.

The characters were all very interesting and fun, even though a few of them were stereotypical of their type.  The two main characters, Joshua and Evangeline, though both very different from each other appeal to the reader right away.  They come across as off-putting people yet we know there is tragedy behind them that has made them this way and we are allowed little peeks into them to see there is more to them right from the start.  The relationship is one the reader roots for even before the characters realize it themselves.

A lot of Niagara Falls history is presented within the story.  Of course the daredevil attempts are noted, Annie Taylor actually shows up as a character at one point, Blondin is spoken of several times, and Joshua is involved in Bobby Leach's rescue.  Joshua is a riverman, who like many such men of the time, actually did receive pay for fishing bodies out of the river as accidents and suicides regularly came close to shore.  The historical account of the barge (scow, actually) that sits atop the horseshoe falls is given in historical flashbacks where Joshua plays the part of famous riverman "Red" Hill.  In fact, Joshua is given many of "Red" Hill's actual historical deeds several times and is obviously loosely based on the real-life man.

One thing I truly appreciate is reading a book told through multiple voices and "Whirlpool" is written in that style and very well done.  We are told the story through multiple voices as there is quite a large cast of characters.  A handful are the major voices but now and then someone new will chime in with their view of events.  The story is also non-linear with mostly Joshua, though sometimes a few others, going back into the past to recall major events from their lives that shaped who they are today.  Set in the 1920s, between the war years, it is a fun time period to read about.

My only real gripe is that I never got a real sense of being there in The Falls.  The author's bio mentions she lived in the area Stateside for a short time but I wonder if she ever did more than just a few brief visits on the Canadian side.  Place names were used sparingly, Victoria Park once, and yet the whole story took place along the river.  There are mention of the teahouses, but what were they called.  Her description didn't make me envision The Falls of the past, it was more like today's Falls only populated with people of the past.  Not sure exactly how to explain this, but as a native of this area, I don't feel she captured it well.

Otherwise the story is fun, a fast historical romance to read, with lovable characters and one where everyone redeems themselves by book's end.  A happy feel-good ending. 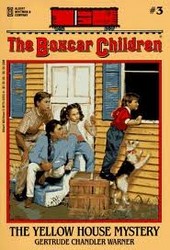