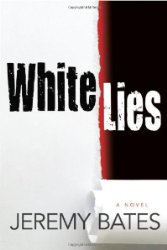 
First sentence: "The storm began when she was driving north on U.S. Highway 2, almost four thousand feet above sea level."

Publisher's Summary:  "While driving to a charming village tucked away deep in the Cascade Mountains of Washington State, where she is to begin a new job teaching high school English, Katrina Burton picks up a young hitchhiker who turns out to be drunk and predatory. Fearful for her safety, she lies about her destination in order to get him out of the car. But when she later discovers that he is a teacher at the same school, she finds herself feeding that initial lie with more lies. Then Katrina meets a mysterious man. Handsome, charismatic and strong, he is exactly what she needs to extricate her from the expanding network of lies, now spinning out of control. She falls fast and hard for him. But her perfect solution soon becomes a nightmare that lands her in the middle of a grisly murder. And Katrina's problems don't stop there. She must decide whether to betray her new love, or cover up the murder and hope for the best...until she discovers that the choice may not be hers to make."


Acquired:  Received a review copy from Pump Up Your Book .

Reason for Reading: The hitchhiker angle always intrigues me and the author's Canadian background interested me as well.  Sounded like it would be a good read.

Right from the beginning we are placed with Katrina in a creepy situation as she picks up a hitchhiker only to find herself frightened and intimidated into throwing the man out of the car in the middle of a storm.  Katrina is a likable main character right from the start, though she has a penchant for making decisions the reader may not always agree with.  She is in a vulnerable situation in her personal life and when a strong charismatic man comes along it is only too easy for her to fall under his spell.  I found the situation plausible.  Statistically many women find themselves in trouble because of the persuasions of their boyfriends but in this situation I thought Katrina started following the man's lead too soon.  This was my only beef with the book; a longer, more controlling relationship needed to be established to have been more believable for Katrina to behave the way she did.  The situation was plausible but just didn't quite feel totally believable because of this.

Putting that one aspect aside, I had a marvelous read with this book.  I did not expect it to go in the direction it did.  The write up on the back of my book is much more vague than the publisher's summary and I was surprised at who the "bad guy" turned out to be.  The story deals with the moral issue of telling a lie. Katrina is hit with an almost Biblical vengeance when she tells one small white lie, because this one fib leads to another, leads to another, and so on, until the lies are no longer white, no longer, small.  They become cover-ups for misdeeds that are not only ethically wrong but illegal and Katrina is driven knowing that it all started with her one little white lie.  I enjoyed the fact that lapsed Catholic Katrina was pulled back to her faith during this time of turmoil and ended up in the confessional.  From the theme of the moral consequences of lying to the positive portrayal of a priest and penitent in a confessional, (though penance was somewhat unrealistic) I would not be surprised to hear that the author has a Catholic background himself as he has done a fair and accurate portrayal of the Faith.

A thriller that is fast-paced with one crisis after another hitting the main characters until they hit desperation and a stand-off against the law at the end that will keep the reader on their toes unsure of how it will all play out in the end.  Jeremy Bates is an exciting new voice on the thriller/suspense scene.