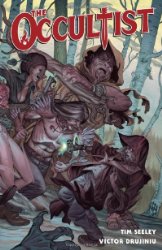 First sentence: "Let's have a round of applause ... for Aiden Beck!"

Publisher's Summary: "Rob Bailey must balance responsibilities as a boyfriend, as a college student, and as the new wielder of the Sword, an ancient book of spells that has binded itself to him. With a team of hit mages hired by a powerful sorcerer after him, it’s trial by fire for the new Occultist, as he learns to handle his powerful magical tome, or suffer at the hands of these deadly enemies. But as he fights for his life, our hero wonders whether he’s wielding this enigmatic weapon, or if it’s the one in control."

Reason for Reading: Some paranormal fantasy sounded good at this time.

I only finished this book last night but I find myself looking over it to remember the story.  My attention was held during the book, but I've obviously found it to have a slight, tenuous hold on my memory.  It was the usual stuff you expect with a plot like this.  Lots of monsters/demons/assassins coming to get Rob, big fight scenes and the mysterious spells and powers coming from the book that will protect him no matter what.  Rob is a lighthearted, funny guy which makes the plot seem less serious with all the repartee going on.  But I liked it that way, kind of a "Buffy"-type thing, but not nearly so witty.  The art is well done.  An over all pleasant diversion, worthy of a read but not something I'd rush out to buy the next volume.