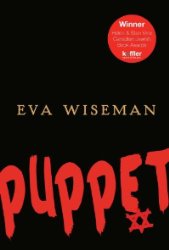 
First sentence: "Leslie the Brave grasped the handle of the frying pan and held it high in the air, ready to smite the black-hearted Devil cowering at his feet."

The year is 1882. A young servant girl named Esther disappears from a small Hungarian village. Several Jewish men from the village of Tisza Eszvar face the ‘blood libel’ — the centuries-old calumny that Jews murder Christian children for their blood. A fourteen-year-old Jewish boy named Morris Scharf becomes the star witness of corrupt authorities who coerce him into testifying against his fellow Jews, including his own father, at the trial.

This powerful fictionalized account of one of the last blood libel trial in Europe is told through the eyes of Julie, a friend of the murdered Esther, and a servant at the jail where Morris is imprisoned. Julie is no stranger to suffering herself. An abused child, when her mother dies her alcoholic father separates her from her beloved baby sister. Julie and Morris, bound by the tragedy of the times, become unlikely allies. Although Puppet is a novel, it is based upon a real court case that took place in Hungary in 1883. In Hungary today, the name Morris Scharf has become synonymous with “traitor.”

Reason for Reading:  Many reasons: this is set within my preferred historical era, I enjoy Jewish history, I enjoy 19th century court/trial cases and finally I've read and enjoyed this author before.

Throughout time immemorial until the not so distant past, parents have kept children under control with stories of monsters, evils or persons who enjoy kidnapping and eating children.  When I was young the remnant of this survived in the story of the "Bogeyman".  This is a sad and horrific story where that fabled evil turned onto a real group of people in a small town in Hungary when a scapegoat was wanted and the villagers turned with a vengeance a mass racism towards the Jews to explain the disappearance of a local Christian girl.

A riveting, spellbinding story based on a true case.  One can hardly believe that such mass hysteria can turn once seemingly placid people into violent racists.  The author has extensively made use of the actual trial records giving authenticity to the dialogue found within the book.  While no one is innocent of bigotry in this story, we see how an initially small group of instigators easily rile up the masses and the methods they use to fuel the fire until it reaches epic proportions and everyone is beyond seeing reason.  Examining this type of case can help one see how modern atrocities reach the frenzy they sometimes do.

A brilliant story, with a fantastic main character in the fictional Julie who though she sometimes has doubts, does see beyond the facade and triumphs even against great harm to herself.  A page-turning book, as one keeps muttering to oneself how people could actually behave in this deplorable way (and still do) and yet the rays of hope shine through in Julie and a few other characters.  A unique look at historical Jewish persecution, that is not about the Holocaust.  Recommended.
Labels: 2009 Canadian author children historical fiction Victorian YA