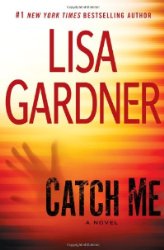 Publisher's Summary: "In four days, someone is going to kill me . . .

Detective D. D. Warren is hard to surprise. But a lone woman outside D.D.'s latest crime scene shocks her with a remarkable proposition: Charlene Rosalind Carter Grant believes she will be murdered in four days. And she wants Boston's top detective to handle the death investigation.

It will be up close and personal. No evidence of forced entry, no sign of struggle.

Charlie tells a chilling story: Each year at 8:00 p.m. on January 21st, a woman has died. The victims have been childhood best friends from a small town in New Hampshire; the motive remains unknown. Now only one friend, Charlie, remains to count down her final hours.

But as D.D. quickly learns, Charlie Grant doesn't plan on going down without a fight. By her own admission, the girl can outshoot, outfight, and outrun anyone in Boston. Which begs the question, is Charlie the next victim, or the perfect perpetrator? As D.D. tracks a vigilante gunman who is killing pedophiles in Boston, she must also delve into the murders of Charlie's friends, racing to find answers before the next gruesome January 21 anniversary. Is Charlie truly in danger, or is she hiding a secret that may turn out to be the biggest threat of all?

In four days, someone is going to kill me. But the son of a bitch has gotta catch me first."

Tremendous!  I just can't wait reading a new Lisa Gardner, some are better than others but I've never been disappointed!  This latest volume in the DD Warren series does not disappoint.  First off, little time is spent on DD's personal life but we get enough to know the latest details and how she is adjusting to the new changes in her life.  Fed up with the downtime she is quite excited to get back on a case and while working one, another case finds her.  Of course, it's obvious to any serious crime reader that the two cases will somehow be related to each other which indeed they are, with the first leading to a much larger, more intricate case.  The book alternates between the points of view of both D.D. and her team investigating the crimes and the woman who feels that she is the target of a murder.  This woman, Charlie Grant,comes across as determined, full of fight and an equal in personality as to how we're used to finding DD herself.  A great thriller with many twists and turns.  Some interesting people become suspects and knowing who can be trusted is an open question.  I sped read this one to the end and am glad to say I am all caught up with this series now!  Looking forward to a book next year, Ms. Gardner!
Labels: 2012 mystery thriller