It's that time of the week again to report on what the mail brought me last week in way of books. I had an average week with most packages arriving early in the week. I also had one non-book item arrive for review. Here's what filled my mail box:

In the near future, the federal government creates a committee to rid society of books it deems unsuitable. The libraries vow to protect their collections, and with the help of local governments, form a military group to defend themselves---the Library Forces! When the director of the Kanto Library Base gets sick, a temporary replacement is assigned, according to regulations. But Iku and her roommate Asako discover a trail of missing books that lead back to the temporary Director. Has he betrayed everything the Library Forces stands for and handed books over to the enemy?!

Mary’s second adventure as an undercover agent forces her to relive some harrowing childhood experiences as she seeks the identity of a murderer.

Mary Quinn is back, now a trusted member of the Agency, the allfemale detective unit operating out of Miss Scrimshaw’s Academy for Girls. Her new assignment sends her into the grimy underbelly of Victorian London dressed as a poor boy, evoking her own childhood memories of fear, hunger, and constant want. As she insinuates herself into the confidence of several persons of interest, she encounters others in desperate situations and struggles to make a difference without exposing —or losing —her identity. Mary’s adventure, which takes place on the building site of the clock tower of the Houses of Parliament, offers a fictional window into a fascinating historical time and place.

Heen's father and grandfather have brought their family in China to the brink of ruin with their gambling habits. To solve their money troubles, Heen and his father come to Canada to build the railway - a decision plagued by disaster. The living conditions provided for workers are wretched and work on the railway is excruciating. Transporting tons of gravel and working in tunnels about to be dynamited proves to be deadly for many of his co-workers. Soon the friction between the Chinese workers and the whites, who barely acknowledge these deaths, reaches a fevered pitch. As an added stress, Heen's father has found some men to gamble with, which puts all of their earnings at risk. Heen's only solace is his journal, where his chilling observations of the injustice and peril heaped upon the workers serve as an important testament to this dramatic era in Canadian history.

Alistair "Allie" Morrison lets his friend Mackie talk him into enlisting for WWII, even though he's only 18. After months of endless training Allie's eager for battle. But his first action is not just any battle…it's the disastrous raid on the German-held port of Dieppe. He and his unit are under orders to take one of the main beaches, but they disembark from their landing craft onto a killing ground. As Allie gets his bearings and makes sense of the horror on every side, he witnesses friends advance into a massacre. All told, almost a thousand Canadian soldiers died that day. In the resulting chaotic evacuation, Allie and Mackie are captured as POWs and sent to Stalag VIIIB in Germany. Still shell-shocked from their fighting, the soldiers struggle to maintain their courage. Others, like Mackie, are determined to plot an escape and outwit their captors, at any cost. Historian Jack Granatstein vetted Prisoner of Dieppe to ensure historical accuracy.

History has not been kind to Henry Hudson. He's been dismissed as a short-tempered man who played favorites with his crew and had an unstoppable ambition and tenacity. Although he gave his name to a mighty river, an important strait, and a huge bay, today he is remembered more for the mutiny that took his life. The grandson of a trader, Hudson sailed under both British and Dutch flags, looking for a northern route to China. Although none of his voyages led to the discovery of a northwest passage, he did explore what is now Hudson's Bay and what is now New York City.

Whatever his personal shortcomings, to sail through dangerous, ice-filled waters with only a small crew in a rickety old boat, he must have been someone of rare courage and vision. In Hudson, Janice Weaver has created a compelling portrait of a man who should be remembered not for his tragic end, but for the way he advanced our understanding of the world.

This stunning new novel is drawn from a little known chapter of World War II history -- the brutal Soviet deportations of 1.5 million Polish civilians to forced labor camps in Siberia shortly after the Soviets occupied eastern Poland at the beginning of the war.

Beautifully written, lyrical and poetic, the author explores the impacts of this shattering experience on a family from four points of view. The adolescent son and daughter, and the mother and father, each take turns chapter by chapter in telling their story.

Slowly, delicately, the threads are woven together -- the father Andrzej's secret shame at not being able to protect his family; the son Henryk's need to grow up quickly; the daughter Helcia's descent into nightmares, seeking comfort in broken bits of poetry consigned to scraps torn from a precious salvaged dictionary; the mother Zofia's instant aging, her hidden fears and worry.

Their odyssey spans the map from Poland to Siberia, on divergent paths to Persia, Palestine and Italy, to Uzbekistan and Africa, before finally converge in England amidst shadows that will never vanish. 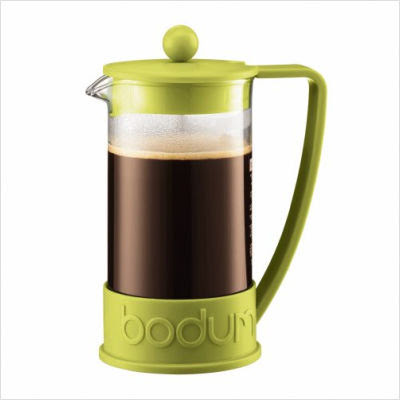